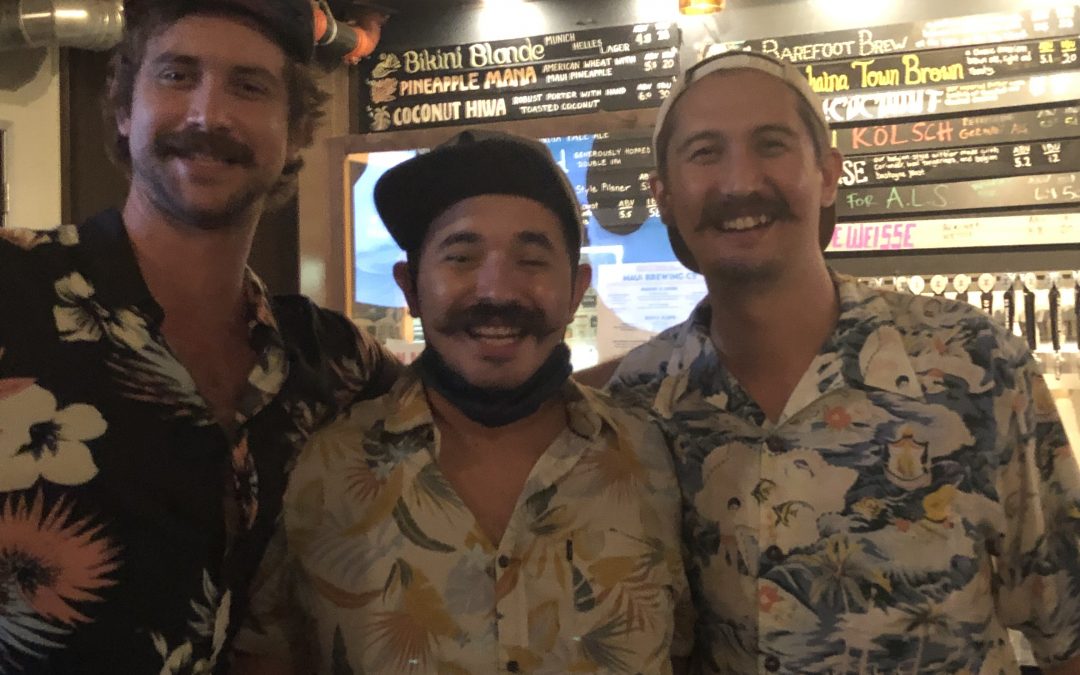 Kihei, Hawaii (May 11, 2021) – Just in time for American Craft Beer Week, Maui Brewing Company is participating in the national #BrewStacheStrong beer collaboration in solidarity with 175+ other craft breweries. This campaign will raise vital funds and much needed awareness for brain cancer research. Participating #BrewStacheStrong breweries will raise money through sales of their limited release of a SMASH (Single Malt And Single Hop) brew, with MBC rolling out “Mustache Rodeo SMASH India Pale Lager”.

“When we were approached by Colin from StacheStrong on whether we would participate in a collaboration to raise funds for brain cancer research, it was an easy decision,” said Brewer James Newman. “As a brewery, it was a simple way for us to bring awareness, not to mention the three brewers who developed the recipe have some NICE mustaches! Aside from being a great cause, we wanted to produce a SMASH IPL that showcases one of our favorite malt and hop varieties. Golden Promise is a pale malt that provides a rich bready sweetness creating a strong backbone that supports the tropical and citrus-like qualities of El Dorado (specifically grapefruit, candied orange, and pineapple). We will be launching Mustache Rodeo on May 12th, so stop by and enjoy a pint with us!”

Mustache Rodeo is brewed with Golden Promise malt and El Dorado hops, golden in appearance offering tropical fruit, citrus and grapefruit aroma with balanced flavor and notes of sharp pineapple and grapefruit rind. The beer will clock in at 8.0% ABV and 40 IBUs.

“Being in a position to not only provide hope for families and patients diagnosed with brain cancer, but also serve as a catalyst for change by collaborating with Maui Brewing Company to raise significant funds and awareness for brain cancer research is something I’m truly passionate about,” said Colin Gerner, President and Co-Founder of StacheStrong. StacheStrong has over 175 breweries committed to #BrewStacheStrong during national Brain Tumor Awareness Month throughout the month of May.

You can find Mustache Rodeo on draft at MBC Kihei beginning May 12th, with availability at Maui Brewing Company locations in Lahaina (Maui) and Kailua or Waikiki (Oahu) in the following weeks.