MOSAIC MO’BETTA DOUBLE IPA BACK IN THE CAN LINEUP 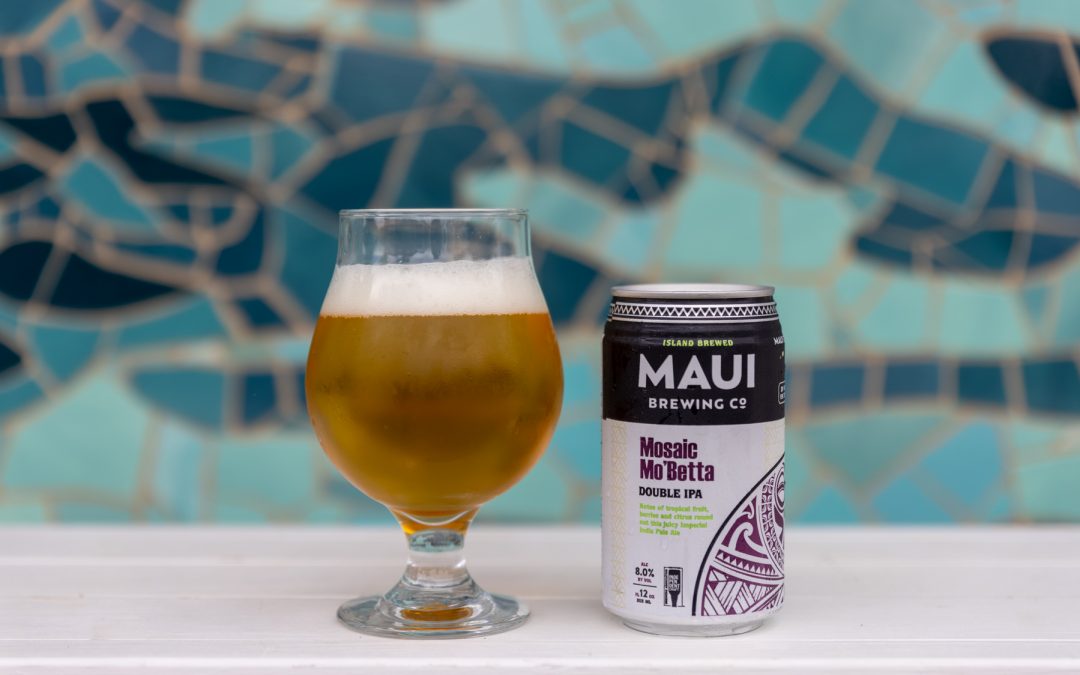 Kihei, Hawaii (July 6, 2021) – Maui Brewing Company is thrilled to announce the inclusion of fan favorite Mosaic Mo’Betta into the year-round lineup. The Double India Pale Ale will replace Double Overhead Double IPA shelf space for the second half of the year. According to MBC’s Brewmaster, Kim Brisson-Lutz, the decision to feature Mosaic Mo’Betta which was originally brewed in December of 2015 was to honor the hops offering in the Imperial IPA position.

Brisson-Lutz stated, “Our Team is stoked for the release of Mosaic Mo’Betta. While Double Overhead IPA has a large demand, Mosaic Mo’Betta will quickly become a new go-to beer. The brew team wanted to celebrate one of our favorite and expressive hops (Mosaic). This Double IPA is super quaffable and drinks more like a single IPA along with tropical and berry like flavors.”

MBC brewed Mosaic Mo’Betta from 2-Row, Munich, and Wheat malts with Simcoe and Mosaic hops. The result is a deep copper appearance, tropical citrus aroma, and notes of berries and citrus to round out the juicy flavor. Mosaic Mo’Betta, at 8.0% ABV and 70 IBUs, will be available in 4-pack cans and draft in Hawaii.

MBC is a fiercely local company and has remained steadfast regarding local production. The MBC team are stewards of their communities and the ‘aina, and curators of the craft beer way of life. Their beers have been recognized worldwide for quality and innovation.