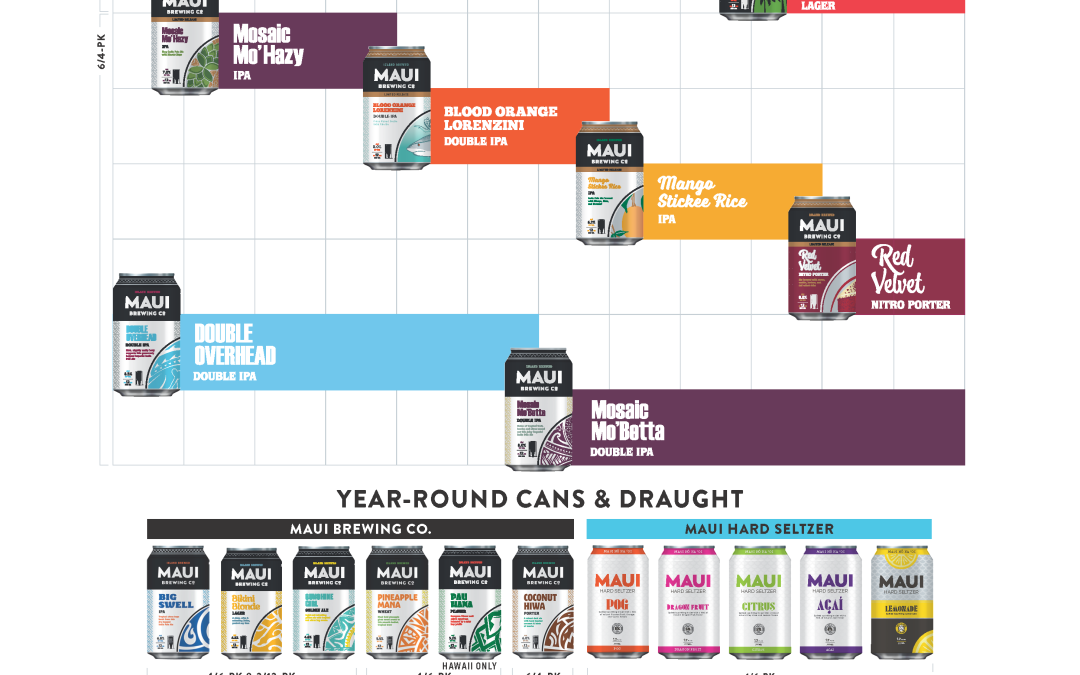 Kihei, Hawaii (October 19, 2021) – The 2022 Brand Calendar has been released by Maui Brewing Company offering a mix of both new and fan favorite craft beers. The upcoming year’s calendar comprises the full “Brand ‘Ohana” of beverages which includes Maui Hard Seltzer and Kupu Spirits.

The brand’s Maui Hard Seltzer will be rotating their Hapa Pack in the new year. The Hapa Pack consists of six cans each of a beer style and a seltzer flavor. The 2022 pack will have Sunshine Girl Golden Ale and Dragon Fruit Seltzer. Also launched in September ’21, is the brand’s Maui Hard Seltzer Lemonade, currently available in 6-packs, with 12-packs available in the new year.

The MBC Brand ‘Ohana will be at retail and restaurant partners in Hawaii and mainland markets where distribution is available.

The MBC team are stewards of their communities and the ‘aina, and curators of the craft beer way of life. Their beers have been recognized worldwide for quality and innovation.