Kihei, Hawai’i (August 23, 2022) – Maui Brewing Co. announces that at the closing of the Modern Times acquisition, expected in late October 2022, the combined entity will be known as Craft ‘Ohana.

Maui Brewing CEO and Co-Founder Garrett Marrero explained the reasoning for the new name: “As we combine these two well-respected and innovative breweries, we recognize that it is not our ambition to have two separate entities owned by a common parent company, but rather two brands operating as one company with operations in multiple states. With Craft ‘Ohana, we pay homage to our Hawai’i roots while signaling our stewardship and dedication to the craft beverage movement that has become a staple across bars, restaurants, and retailers throughout America over the last 35-plus years.”

Along with the announcement of the company’s new moniker, Craft ‘Ohana also has announced several key personnel moves ahead of the official close of the acquisition. 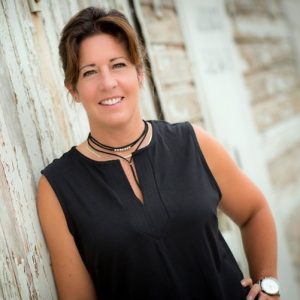 Modern Times Drinks, Inc. CEO Jennifer Briggs will be joining the Craft ‘Ohana executive team as Chief Experience Officer (CXO), responsible for overseeing company functions related to team member and consumer experience. Jennifer will lead Human Resources, Cultural Development, DE&I, Marketing, Brand Development, Direct-to-Consumer, and Hospitality functions for company operations in Hawai’i and California. Prior to joining Modern Times and leading it through its receivership process and sale to Maui Brewing Co., Jennifer was a member of the New Belgium executive leadership team for over a decade and served as a Senior Strategy Consultant for the Rady School of Management, UCSD, in the Beyster Institute. Jennifer holds a Master of Science in Organizational Leadership and Business Administration, and graduate studies in Enterprise Project Management and Behavioral Economics. Jennifer serves as an outside independent director for PFSbrands and Engineering Economics and is a founding partner of GRITT Business Coaching. Her work proves that business can be done differently – purpose-centered, mission-driven, and values-powered using tenants of inclusive capitalism to attain success.

“This is a fun and ambitious opportunity to foster a multifaceted, growth-oriented company with brands and people that build a genuine common unity for our communities, consumers, wholesalers, and our coworkers. Maui Brewing is a vivid example of the craft brewing movement of passion, pride, and connectedness. Now, we have so many opportunities to bring this feeling to more people,” said Jennifer. 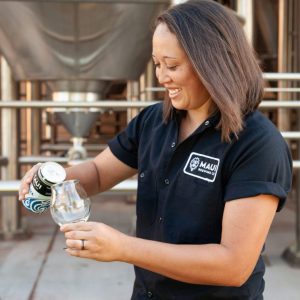 Maui Brewing Brewmaster, Kim Brisson-Lutz, is being promoted to Vice President of Operations for Hawai’i. Kim will be responsible for overseeing and leading all brewery operations at the company’s Kihei, Hawai’i production facility. Kim brings 15 years of experience in the craft beverage industry, beginning with J. Lohr Winery in Paso Robles, California. She began her brewing career in 2007 at Maui Brewing’s former Lahaina production facility. In 2011, she joined San Diego-based start-up brewery Saint Archer, where she was promoted to Brewmaster and remained with the brewery through its sale to Molson Coors. In 2016, Kim “came home” to Maui as Brewmaster.

“I am honored to take on the challenge of this new role during this exciting time for Maui Brewing and Modern Times. We have an amazing team, and my focus will be on making our facility and operations world-class. Safety, efficiency, and quality will be our top priorities as our ‘ohana and production grows with a maintained focus on our core values,” said Kim.

Maui Brewing Chief Operating Officer Scott Metzger will be taking on the role of President & COO for Craft ‘Ohana, responsible for all day-to-day operations of the combined entity. Scott’s new role will provide greater flexibility for Craft ‘Ohana, allowing CEO Garrett Marrero to focus on the overall long-term strategy for the company while Scott manages the daily execution of the company’s vision and objectives.

“Mahalo to our teammates both past and present. I could not be prouder of all we’ve accomplished as a team over the last 18 years. We’re thrilled to welcome our new teammates from Modern Times into the ‘Ohana. In bringing together Maui and Modern Times under Craft ‘Ohana, we are committed to continuing to lead in innovation, sustainability, quality, and furthering our support of the communities we serve.” adds Garrett.