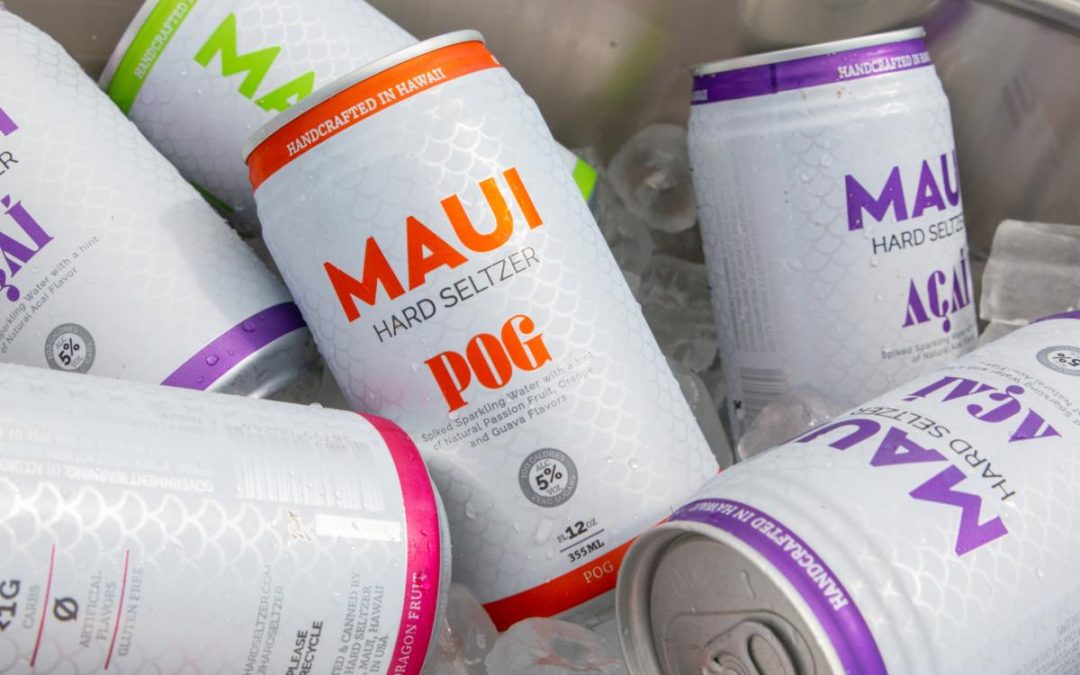 Kihei, Hawaii (November 2, 2021) – Hawaii-based Maui Hard Seltzer today announced the company is expanding its production through a partnership with Sleeping Giant Brewing Company out of Denver, CO. Significant growth in demand for Maui Hard Seltzer, distributor input and current supply chain, production and logistics challenges led to the decision to increase production with a mainland partner. The move will deliver a more sustainable, steady, and fresh supply at competitive prices for the mainland while allowing the Kihei company to increase its production and bring aloha to more fans.

“We searched across the mainland for an independent partner that aligns with our core values and makes high-quality craft beverages,” clarifies MBC Co-Founder and CEO, Garrett Marrero. “Sleeping Giant has the capabilities, skill, and expertise to ensure that MHS is produced at the caliber our fans rely on from us. We’re proud that we are compatible in the drive for sustainability, and of the significant carbon footprint reduction this will achieve versus shipping from Hawaii.”

Maui Hard Seltzer production and distribution for the State of Hawai’i will remain with Maui Brewing Company’s brewery located in Kihei, Maui, Hawaii.

A member of the Brand ‘Ohana of Hawaii’s largest independent craft brewery, Maui Hard Seltzer debuted in January 2020 with the launch of POG, Citrus, and Dragon Fruit flavors. The spiked sparkling water with a hint of natural flavors provides a sessionable 100 calorie, low carb (<1g), low sugar*, gluten free offering to consumers. In its first year and while launched during the pandemic, Maui Hard Seltzer sold more than 12,000 barrels of the bubbly beverage. The vast majority was sold in Hawaii, but mainland wholesale partners have picked it up for distribution and are seeing great success.

Key retailers carry Maui Hard Seltzer in six-packs for single flavors mentioned above, as well as Acai and a new Lemonade flavor, and in a mixed 12-pack. The seltzer can also be found at select restaurant, bar and resort partners on draught or in cans, including Maui Brewing Co.’s restaurant locations on Maui and Oahu. Distribution is currently expanding to the 23 states where Maui Brewing Company craft beverages are available.